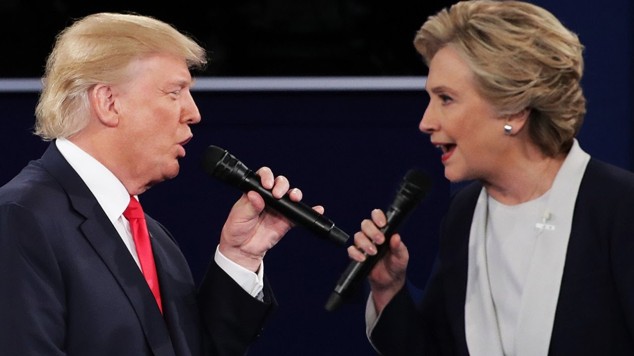 I may not be recognized for it, but I do believe that I played an important role in the election of Donald Trump. Not in terms of views or publicity, but in terms of influence and impact. And if that statement stands to be true, then it also kind of makes me responsible for the results. Although Donald Trump wasn’t technically my first choice (Rand Paul), I was more than happy to ‘Jump on the Trump Bandwagon’ when it became the right time to do so. In fact I actually ended up enjoying every minute of it. The historic 2016 election lived up to every bit of the hype and beyond.

But now it’s 2018, and the first year of Donald Trump’s presidency is officially in the books. Was I sick of winning yet? Or was I suffering from a bad case of ‘buyer’s remorse?’

Things have certainly changed, and one of the most obvious post-election observations I’ve noticed is the difference between the previous establishment administrations and their alliance with the media.

Of course the status quo is the smoother system, but not necessarily superior. In other words, is it better to have:

I suppose there is no right answer, but it’s all just for fun. Now let’s get to the big, burning question:

If we could all do the election over, which future would we rather live in?

We already know what we would get with Trump. His world involves inflammatory Twitter feuds, a Sean Spicer parody, this guy Scaramucci, a never ending Russian investigation, a crackdown on human trafficking, ‘Q-Anon,’ and a bombshell book from a wolf in the White House!

Hillary’s world would be kept quite secret. Without Bernie or Trump in her way, she could be congratulating her good friend Harvey Weinstein on his latest movie award! Matt Lauer could be interviewing first husband Bill on Jeffrey Epstein’s Island. The Podesta brothers could be celebrating at Comet Ping-Pong Pizza. Wikileaks would no longer exist, and no one would know about Seth Rich. And after Hillary’s term was over, get ready for longtime DNC Chair Debbie Wasserman Schultz to coronate future president Anthony Weiner! Believe it, and welcome to Huma & Hillary’s greatest dream come true!

Call me crazy, but if I had to vote all over again; I’d still pass on the creepy Clinton Cult. And I don’t care what kind of fire or fury flows out of the Trump White House, because it only makes this presidential reality show even better.

At this point, I don’t care if the Donald turns out to be a little dirty. Or even a little crazy. I just want him to do his best to destroy the dishonest media and drain the swamp like he said he would. Shine some light on the treachery, shake down the traitors, and purge all the pedophiles and predators.

I certainly don’t agree or endorse everything that Donald Trump says, does, or tweets. But I do believe he has been the most exciting thing to happen to politics ever. And like Donald’s frequent theme song from the ‘Rolling Stones’ goes; you can’t always get what you want. But if you try sometimes, well you just might find you get what you need. In this case, a powerful reality star to battle against the dreaded deep-state and the phony political elite. Now why would we want to change that?

‘Gonzo’ journalist Blake Walley addresses the mainstream media. Are you ready for Hillary? Really, are you sure about that?

Blake breaks down and compares the controversial sex ‘scandals’ of Donald Trump and Bill Clinton!